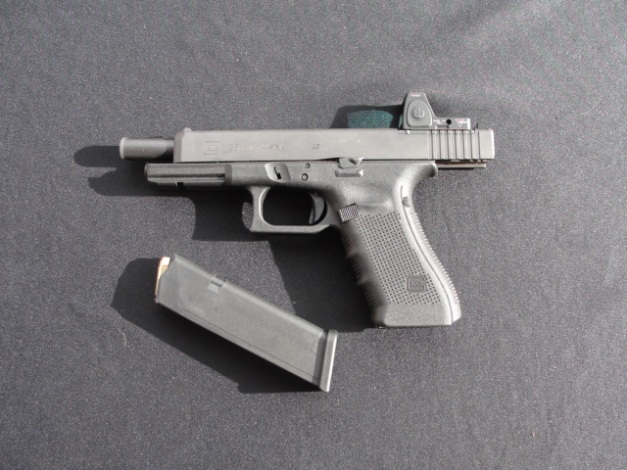 The new Glock MOS – Modular Optic System handguns were ready to fire at the Industry Day at the Range. Recognizing an increasingly popular trend towards red dot optics for handguns, the Glock MOS handguns provide shooters a variety of options for using many of today’s most popular red dot handgun sights, using an intuitive design.

As anyone who has followed me here or on pistol-forum.com has to know, I’m a big fan of a technique called the press-out. So following up on last week’s “All or Nothing: Unsighted Fire” I thought turnabout is fair play and so I’ll examine the pros and cons of this technique and why it’s the right choice for some uses and the wrong choice for others.

The way I’ve historically taught a press-out involves bringing the gun from the holster up to eye level and then doing three things simultaneously:

Just remember to orient your body correctly so the gun remains pointed downrange through the whole racking process. Given the simple geometry of us human folk, we generally have hands and arms mounted on the sides while the eyes face forward. So, if you do this while facing the target, your gun will be pointed sideways. Turning your body a bit solves this. 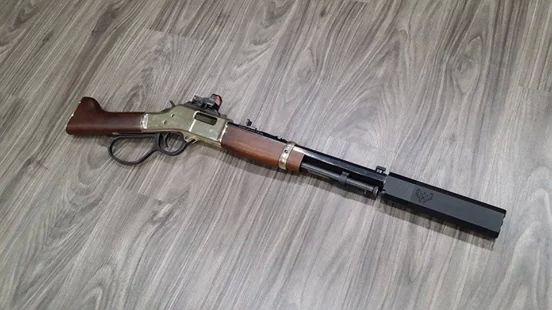 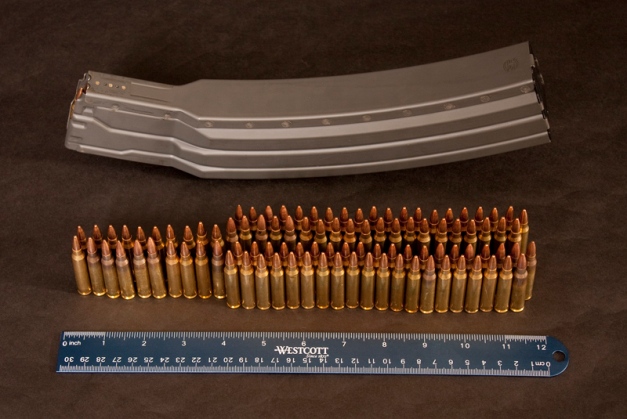 The SureFire high-capacity magazine for 5.56×45 mm (.223 Remington) ammunition, also available in a 60-round version, is compatible with M4/M16/AR-15 variants and other firearms that accept standard STANAG 4179 magazines. Constructed from Mil-Spec hard-anodized aluminum, they feed smoothly and reliably due to optimal geometry, non-binding coil springs, and ingenious nesting polymer followers. The long-lasting springs are cadmium coated for low friction and excellent corrosion resistance. Magazines require no lubricants and can be easily disassembled without tools for cleaning.

In the wake of SHOT Show, I had been pondering some conversations with folks who were interested in changing their agency or team over to the 1911 from a Glock, Sig, etc. Readers here likely understand the true investment required to run a 1911, and I wanted to throw out some fresh thoughts on what it means to keep after a quantity of pistols in LE service.  If you are an agency armorer or a gunsmith contracted to repair a local agency’s weapons, what they issue/authorize could mean different things for your life. Important caveat for internet readers with short attention spans – what follows deals with LE agency use of the 1911 or other pistols, so hold your comments if you are not using one in that context.

Let’s take a look at a few common issues and outline what some of the commonly employed (we are not getting esoteric here, let’s just go with the obvious) fixes would involve.