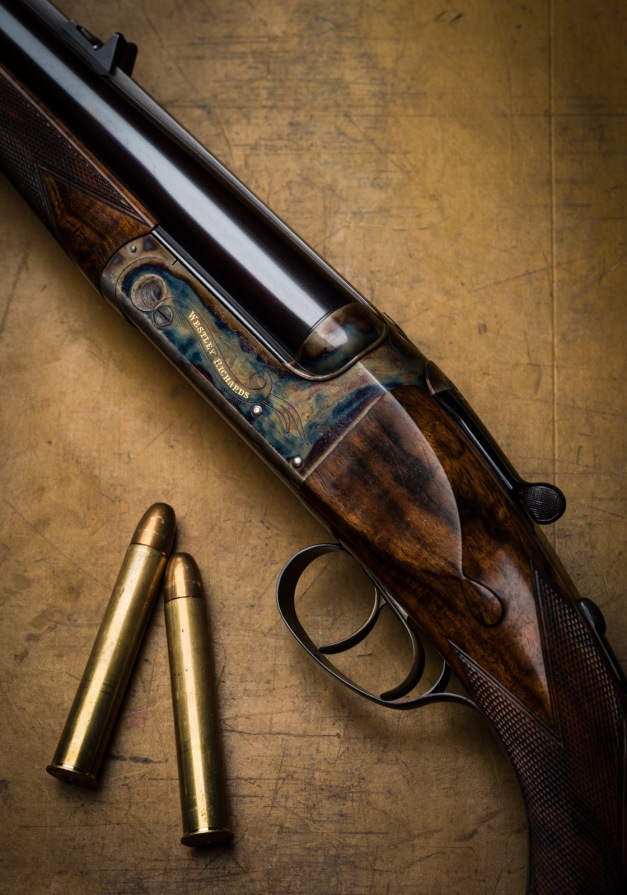 I like to use a double rifle on safari for a few reasons, firstly I am lucky and have plenty of them available to use, I can shoot better with them and I do like the reassurance of 2 quick shots, but primarily and most importantly I like to use a double because I think it makes for a much more enjoyable hunt.

The exiting part of a buffalo hunt is the stalk, the ‘can we get close enough to aim and use the double’, a distance I must add which narrows as the years pass and needs, ideally for me, to be about 30 yards or so now. At this sort of range there is always the challenge of the wind and movement making for failed attempts but there is also an excitement that just doesn’t happen for me when peering down a telescope at 100+ yards. Tom Dames my PH this trip suggested using a .416 on some nice bulls on this trip but I politely declined. I think that it is fair to use a double as long as on the other hand you are not demanding trophies of a certain size in a certain time. I am not particular about the size of the trophy and am happy for a good representative old male and would much prefer to hunt an old small horned dugga boy at close range with my double than shoot a large bull at 150 yds with a scoped .416. 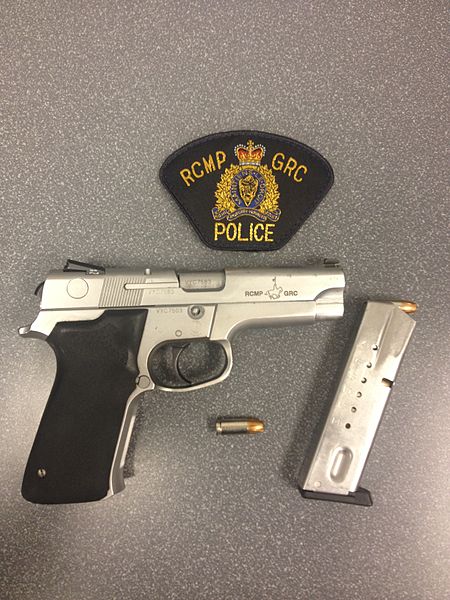 A double-action-only (DAO) variant of the 5906, this can be visually distinguished from other models by the complete lack of decocker levers. Note that the hole is still there, and is just plugged, so it is hard to tell on a right side shot. The slide is also slightly longer at the back, almost concealing the rounded-off hammer, and the frame matches this contour. Issued at one time to numerous law enforcement agencies, notably the NYPD (not exclusively) and the RCMP.

The 5906 is a full-sized, double/single action, staggered-column magazine, 9 mm pistol. The weapon’s construction is all stainless steel. The firearm is chambered to fire 9 mm Luger Parabellum ammunition. The firearm was factory-shipped with a magazine disconnect feature designed to deactivate the trigger if the magazine is not fully inserted. The 5906 comes standard with either a 10 or 15 round magazine. Other features include ambidextrous safety levers, a one-piece rear wraparound grip, and a choice of either fixed sights or a rear sight fully adjustable for windage and elevation. A popular model with law enforcement and military units in the United States, the 5906 is nevertheless being replaced by lighter, polymer-framed models from Glock, Heckler & Koch, SIG Sauer as well as Smith & Wesson’s own M&P line of polymer framed handguns in both 9mm and .40 calibers.

Discussing bird identification at the JIBC during day 2 of the Silvercore CORE hunter education course. 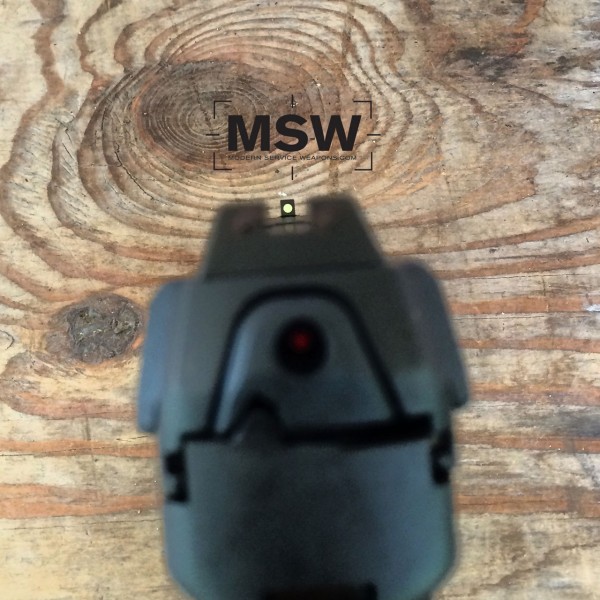 At some horrible, fateful point in the late 80′s or so, the 3 dot sight system assumed the throne of its seemingly never-ending reign of terror. Yes, I hate 3 dot sights, and so should you.

The basic rationale behind the 3 dot sight system is that it speeds up sight alignment by allowing you to theoretically line up the dots and fire. It’s not so simple, and let’s look at some of the issues. 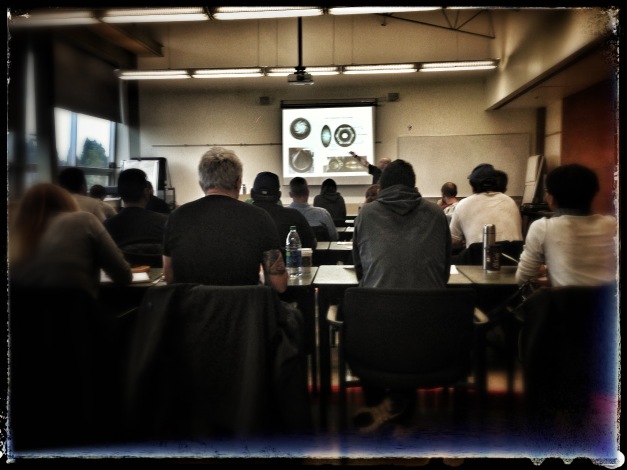 Posted by Silvercore Firearms Training on October 24, 2014
Posted in: firearms. Leave a comment

In 1941, television and radio repairman Henry J. Rieder designed a conversion for the Short Magazine Lee-Enfield rifle. He converted about 18 SMLE rifles into automatic machine guns by attaching a gas tube to the right side of the body. The gas bled from a port near the muzzle. The gas tube was about 2.5lb and 12in long. It allowed both single-shots and fully-automatic fire, and could be removed at any time thus converting the rifle back into a bolt-action SMLE.

The South African Director-General of War Supplies, Dr. Van der Bijl, recommended Rieder’s conversion to the Ordnance Board in Britain. Rieder sent three of his converted rifles to Britain for testing and they performed well. Unfortunately the Ordnance Board was deterred by the fact that the Rieder rifles overheated after firing about 100 continuous rounds and did not see the conversion fit for service. Rieder’s efforts were nevertheless recognized and he was presented an original SMLE rifle with the serial number M45374. It is now kept at the Military Museum in Cape Town.

Posted by Silvercore Firearms Training on October 21, 2014
Posted in: Uncategorized. Leave a comment

When I started shopping around for my first bolt action rifle a few years ago, I stumbled across one of the great classic debates within the shooting world: push feed action versus controlled round feed action. At the time, I didn’t quite grasp what all the fuss was over, and decided I couldn’t go wrong with the ubiquitous Remington 700 (which, it just so happens, is a push feed rifle).

The Remington has served me well, but as I added more bolt guns to the stable, I couldn’t help but get sucked back into the “push feed versus controlled feed” argument. Not only is there disagreement over which style is “better”, there’s some debate over whether it makes any real difference at all.

Almost all bolt action rifles work under the same basic principle. The shooter loads cartridges into a magazine — an internal magazine or a detachable box magazine. When the bolt is pulled to the rear, the spring in the magazine pushes the top cartridge up. When the bolt is pushed forward, the cartridge moves with it and into the chamber to be fired. The shooter pulls the bolt rearward again to eject the spent casing and load the next round.

The issue at hand is what exactly happens to that cartridge between the time it leaves the control of the magazine’s feed lips and the time it’s sitting snugly in the chamber.